Small piece of business first: If you're a real-life or online friend of mine, you've already seen and heard that Dovi is doing very nicely at his new digs. I visited him on Tuesday and it was wonderful. If you're not, here's a secret egg: Somwhere in this post I snuck in a photo I took of a very happy Dovi in his new room.
Now, on to the meat and potatoes of the blog.  Finally I will take a deep dive into the next topic I wanted to explore.
But first, a bit of a preamble here, and this will very likely apply to many upcoming posts, if not all of the posts to ever be posted here.
When I first started the blog, I tried to keep it carefully neutral so that much of what I write would apply to and appeal to the general audience. I gave Dovi's caregivers generic names. I didn't really talk too much about the lifestyle and community I live in, etc. But as time went on I realized that a) the vast majority of my audience are people who know where I come from anyway, and b) it was too cumbersome and complicated to remain general and neutral. So while I will still try to make my articles applicable across the wide spectrum of readers, my experiences and stories will definitely be more reflective of my background, which is extremely important to the story. If I don't, I will be too occupied with explaining / apologizing / justifying everything. Of course, I will provide translations, explanations, and context whereever I feel that my points might be misunderstood. But in general, you can safely assume, whereever you find yourself a bit perplexed, that I am coming from a specific cultural background with its own unique societal, social, religious, domestic, and etiquette norms and expectations.

P.S. You hung on til here, now you deserve that promised pic of Happy Dovi at his new residence. Which you probably have already seen anyway . :) 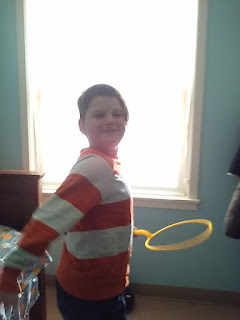